LACTO-5® is the 1st probiotics formulation in Malaysia with 5 strains of local probiotics. World’s leading probiotics experts agree that local probiotics live better and longer in our intestines because they are better adapted to our local diets.
The probiotics of LACTO-5® are lyophilised and locked-in spores, allowing it to survive without refrigeration and resistant to gastric juice.
LACTO-5® is certified Halal by JAKIM Malaysia.

The bacteria strains are uniquely isolated from Malaysian sources in collaboration with Melaka Biotechnology Corporation. The local strains adapt better to our diets to provide optimum protection to our intestines. 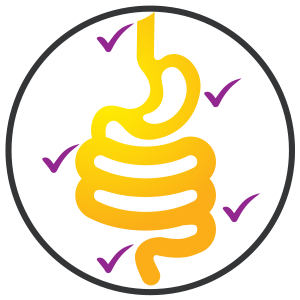 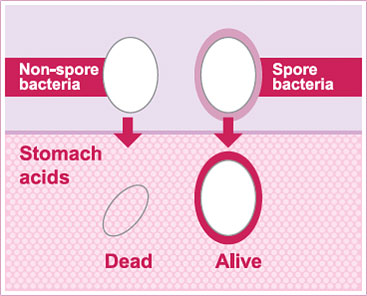 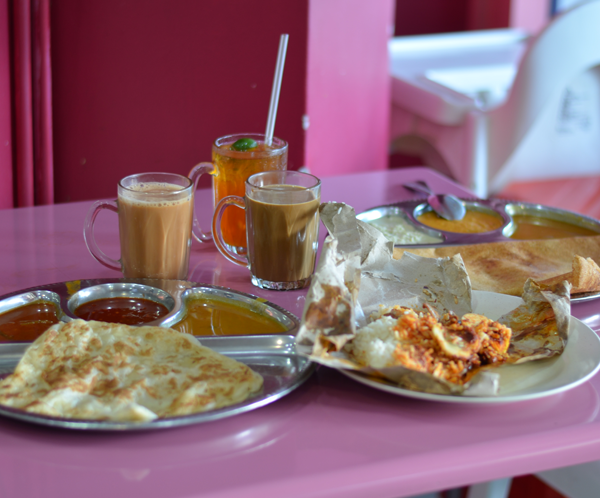 Our friendly bacteria are unique to us. They have adapted to our diets, water and weather. Our diet is high in chilies and spices. We love our local food like nasi lemak, sambal, roti canai, teh tarik etc., so do our probiotics. LACTO-5® Locally-derived probiotics have better adaptation to our gastro-intestinal tract, local diet and water. 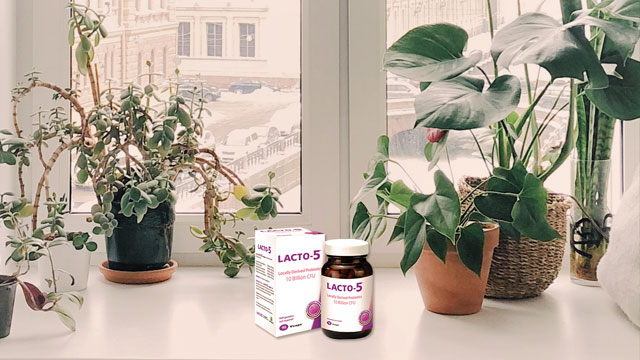 Our beneficial bacteria formula is uniquely derived from locally fermented fruits and vegetables. The common species that inhabit specific areas of our gut are then selected and cultured. As we culture, we select species that are stronger and sturdier. By a unique gene technology, we make them resistant to acids and other elements in our diet like chilies and spices. Moreover, the live bacteria are freeze-dried. Then, they are formulated with a non-dairy creamer that will dilute the stomach acid and protect the bacteria as they become viable. It is lactose-free suitable for those who are lactose-intolerant. All in all, you will get 10 billion CFU of beneficial bacteria!

What types of bacteria are there in the LACTO-5®?

What types of bacteria are there in the LACTO-5®?

L. acidophilus is one of the most important microorganisms found in the small intestines. It is known to implant itself on the intestinal wall, in the lining of the wall of the vagina, cervix and urethra. It performs many critical functions including inhibiting pathogenic organism and preventing them from multiplying and colonising.
It is well documented that L. acidophilus produces natural antibiotics like lactocidin, acidophilin, etc which enhance the resistances or immunity. L. acidophilus has known antimicrobial activity against Staphylococcus aureus, Salmonella, E. coli and Candida albicans.

B. subtilis, bacteria with the ability to form a tough, protective spore, allowing the organism to tolerate extreme environmental conditions remains one of the most potent and beneficial of all health-promoting and immune-stimulating bacteria. According to clinical studies by microbiologist J. Harmann, the cell wall components of ingested B. subtilis are able to activate nearly all systems of the human immune defence, including the activation of at least three specific antibodies (IgM, IgG and IgA secretion) which are highly effective against many of the harmful viral, fungal and bacterial pathogens which regularly attempt to invade and infect the human system.

L. rhamnosus has demonstrated tolerance to the acidic conditions of the stomach and the bile acids of the small intestine. As a probiotic, L. rhamnosus is claimed to colonise the digestive tract and to balance intestinal microflora. It also releases acids, bacteriocins and hydrogen peroxide which inhibit the pathogen growth. L. rhamnosus also has been shown beneficial in the prevention of rotavirus diarrhoea in children. The prevention and treatment of various types of diarrhoea has been shown both in children and in adults.

B. longum are found abundantly in the large intestine. It plays a role in preventing the colonization of invading pathogenic bacteria by attaching to the intestinal wall and crowding out unfriendly bacteria and yeast. Along with other microorganisms, it produces lactic and acetic acids that lower the intestinal pH and further inhibit the undesirable bacteria. B. longum has, in clinical studies, been found to reduce the frequency of gastrointestinal disorders (diarrhoea, nausea, etc) during antibiotic use.

S. thermophilus, in combination with L. bulgaricus, is used commercially to produce yogurt. This organism is to be known to be efficient in breaking down lactose by producing the enzyme lactase. Those who are lactose-intolerant may be greatly helped by supplementation with this particular strain. Cytokine production is stimulated in tissue-cultured cells by this bacterium.

Isn't it better to have more strains in the formula?

Isn't it better to have more strains in the formula?

No, it is incorrect. A major misconception in a lot of people is the idea that many different bacteria strains in a probiotics supplement will give more benefits. The internal fights leading to recolonization of bacteria and may disrupt normal intestinal flora.

In multiple-strain products, one strain can begin to dominate the other even during storage, reducing viable bacteria. As a result, it is better to take 3-5 single strain products than one multi-strain product.

Your LACTO-5® does not require refrigeration. Will the bacteria still stay viable?

Your LACTO-5® does not require refrigeration. Will the bacteria still stay viable?

Majority of the probiotics need to be refrigerated. Refrigeration can cause condensation and the resulting moisture can destroy the bacteria in the formula. Currently, with the “freeze-drying” technology, bacteria is cultured and dried to stay dormant for more than 3 years, at room temperature.

The key to beneficial bacteria’s effectiveness is their ability to revive once they enter a liquid environment. Also, they are convenient to take along when travelling where no refrigeration is required.

If I am currently taking a prescription of antibiotics, should I start LACTO-5® now?

If I am currently taking a prescription of antibiotics, should I start LACTO-5® now?

Is there good reason to continue taking LACTO-5® after I've got past a health crisis?

Is there good reason to continue taking LACTO-5® after I've got past a health crisis?

Beneficial bacteria occur naturally in your gastrointestinal system. The more you have of them, the better supported your internal systems will be. Remember that beneficial bacteria are depleted daily by pollution, contaminants in food, drugs, antibiotics, aging, smoking, alcohol and stress.

The immune system becomes weakened and you are then vulnerable to infection and disease. So make LACTO-5® a part of your life to help protect against harmful bacteria.

Will LACTO-5® help intestinal upsets during a holiday? Can I take them with me?

Will LACTO-5® help intestinal upsets during a holiday? Can I take them with me?

Holidays are especially challenging often with the excess food, alcohol and stress our bodies endure. Plane travel exposes you to all kinds of airborne infections – just breathing the stale airplane air can trigger a sinus infection or worse. This is the time to strengthen the body’s ability to fight infection using LACTO-5®. Start before you travel and take them with you.

How does probiotics helps to fight lactose intolerance?

How does probiotics helps to fight lactose intolerance?

Yogurt was found to aid digestion of lactose because the lactic acid bacteria used to make yogurt produce lactase and digest the lactose before it reaches the colon. In addition to yogurt starter bacteria, L. acidophilus and Bifidobacterium have been shown by several studies to improve digestion of lactose.

Would it be helpful for vaginosis?

Would it be helpful for vaginosis?

The lactobacilli maintain a favourable vaginal pH in the acidic range and to inhibit pathogens via the production of hydrogen peroxide. Consumption of yogurt containing L. acidophilus decreased the incidence of Candida yeast infections.

Can LACTO-5® be taken if breast-feeding?

Can LACTO-5® be taken if breast-feeding?

What is the maintenance dosage for healthy gut?

What is the maintenance dosage for healthy gut?

Take 1 vegetable capsule (vegicap) per day after a main meal.

If I am taking LACTO-5® for treatment purpose, what is my dosage?

If I am taking LACTO-5® for treatment purpose, what is my dosage?

Take 2 vegicaps of LACTO-5® in the morning and 2 at night after a main meal, for 2 weeks as therapeutic dosage. A diet rich in fruits and vegetables would create favourable conditions for these bacteria to flourish. The following 2 weeks, take 1 vegicap in the morning and 1 vegicap at night after meal. As health maintenance dosage take 1 vegetable capsule after meal.

There are no reviews yet.

Would you like to order your weekly vegetable meals and fruit snacks? 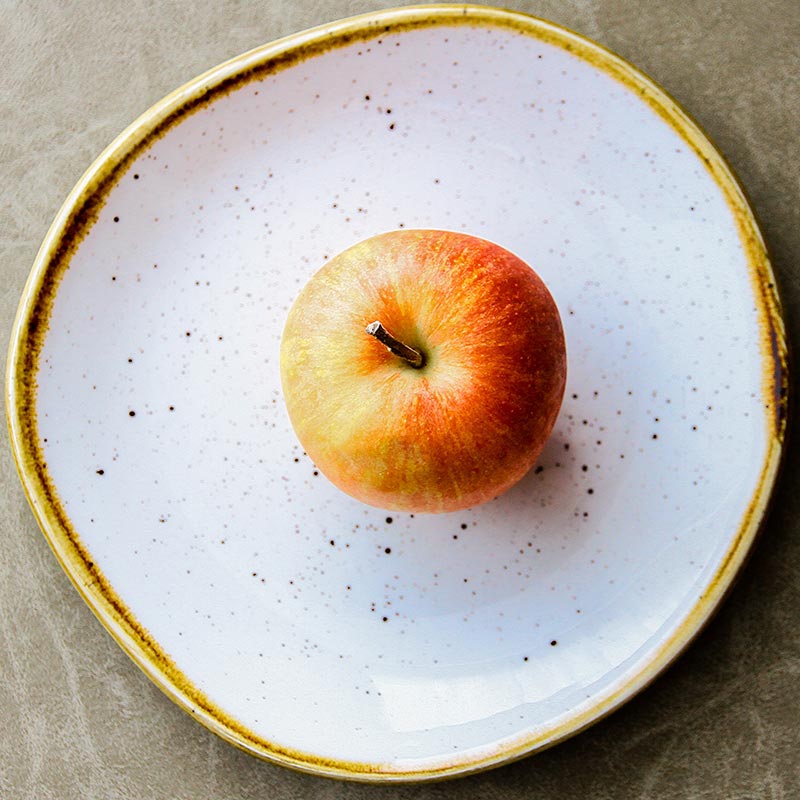 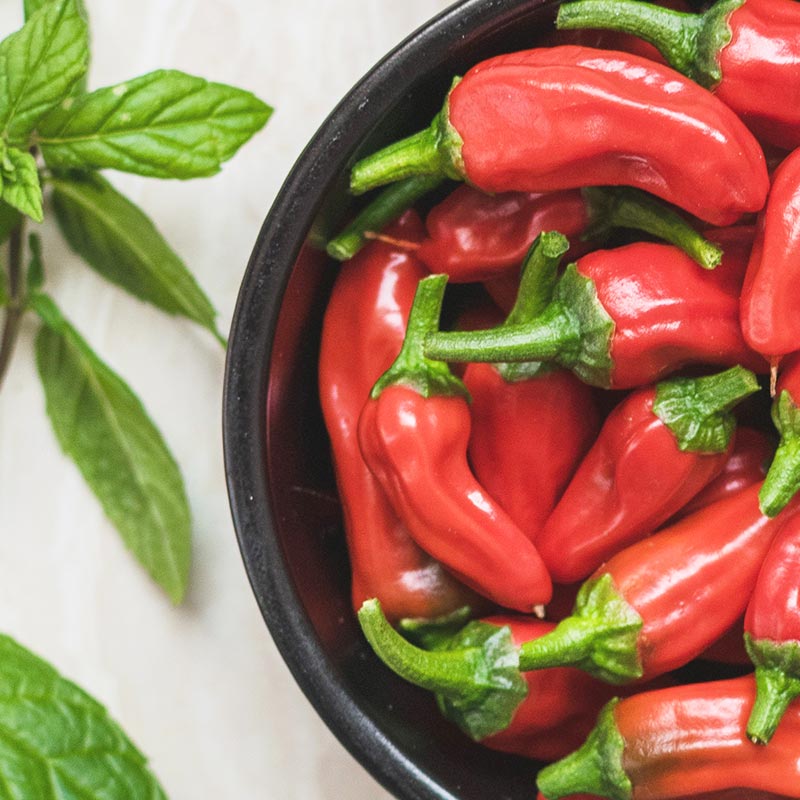 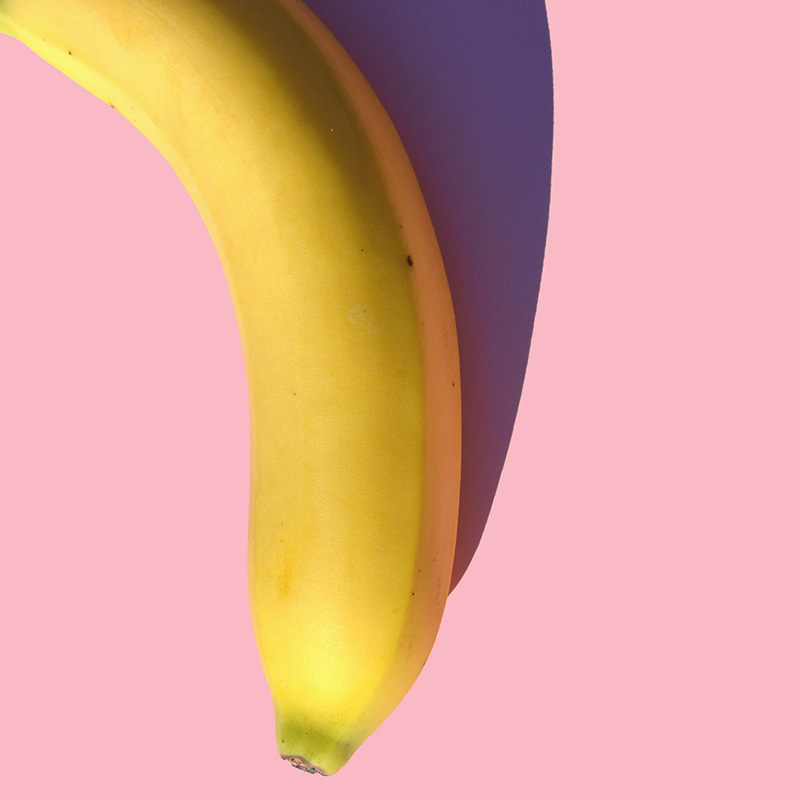 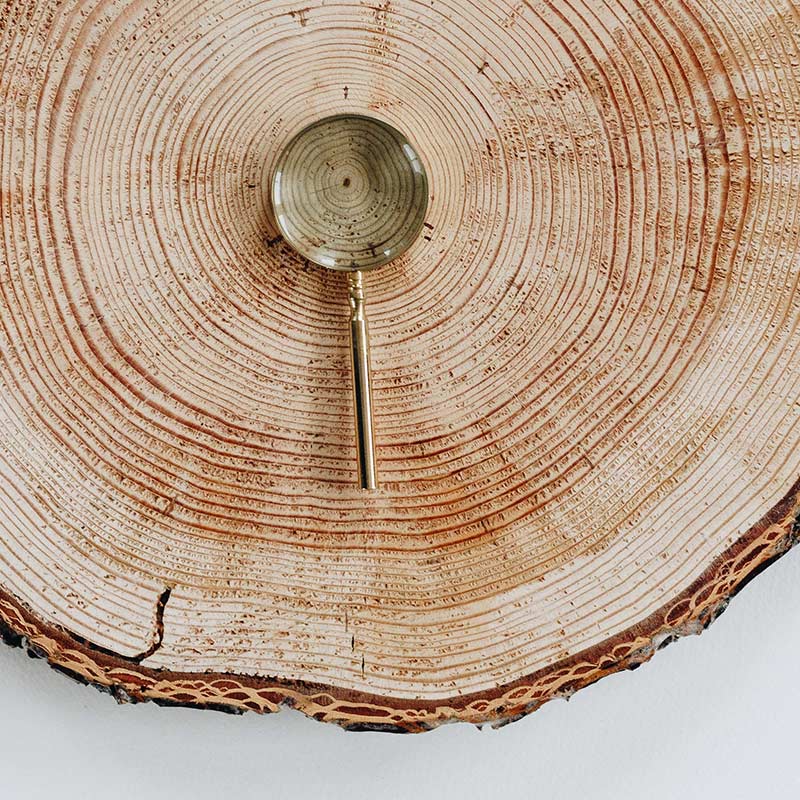 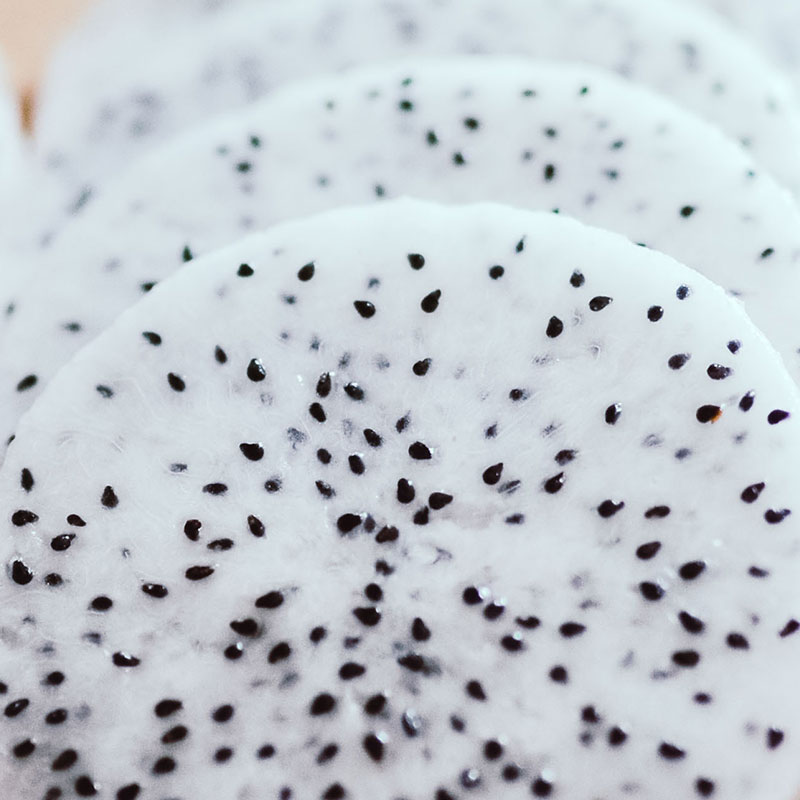 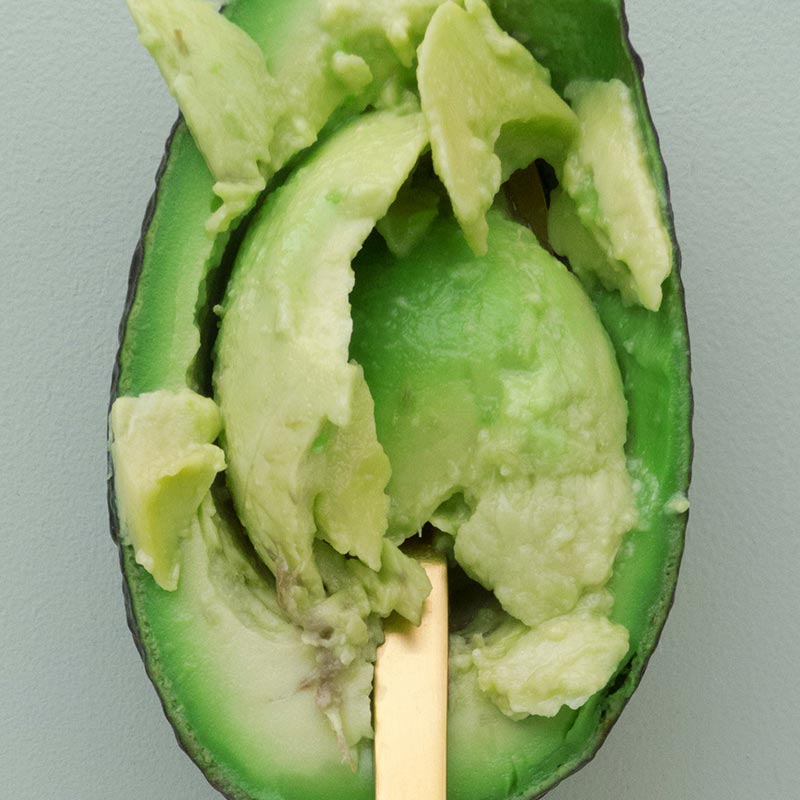 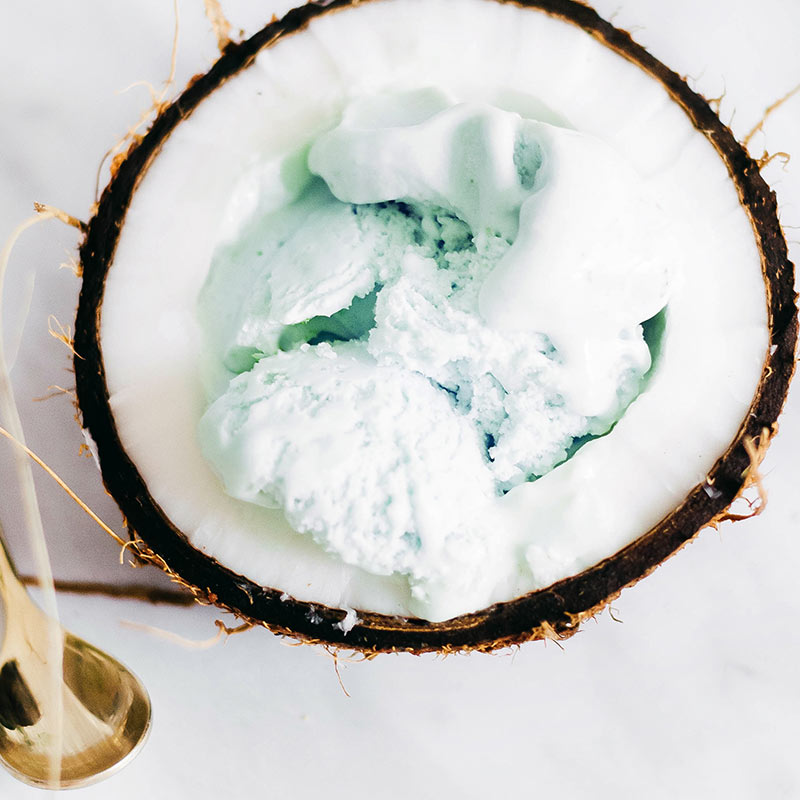 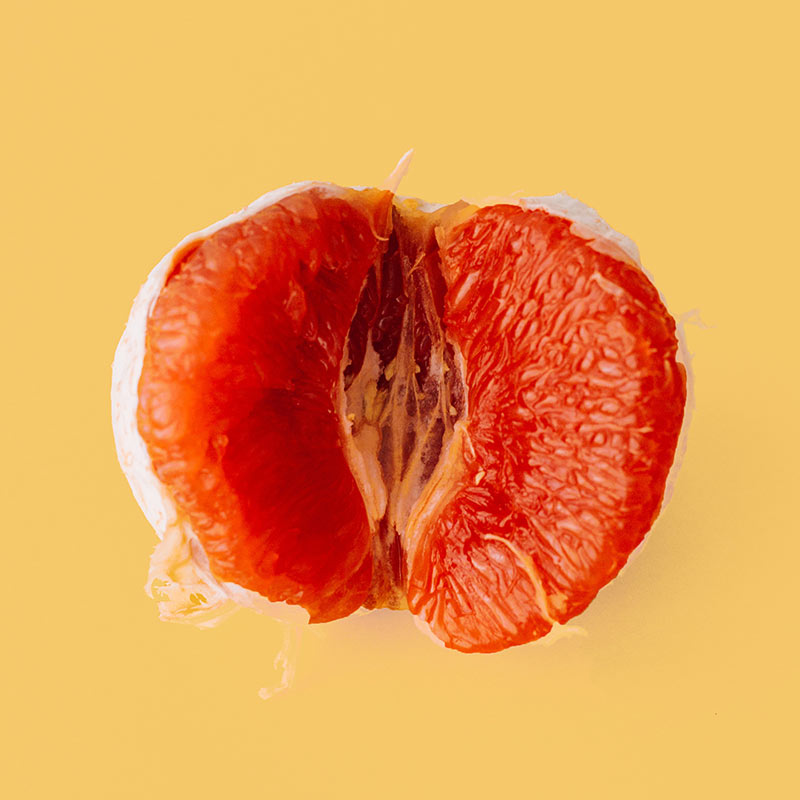